Director Sam Raimi is reportedly giving fan favourite Bruce Campbell a ‘major role’ in Spider-Man 4, possibly as the master of illusion Mysterio. Shooting starts in January 2010 … Recent sightings of Volturi, werewolves and a vampire Robert Pattinson can only mean one thing; a brand new New Moon trailer … DC are bringing Superman/Batman’s  continuity back in line with the rest of the verse … X-scribe Matt Fraction discusses the recent outcome of Dark Avengers/Uncanny X-Men: Exodus … Jeffrey Dean Morgan wants to be Lobo! The Watchmen actor also talks Losers …

Close encounter with The Fourth Kind

Posted in Movies, The Fourth Kind 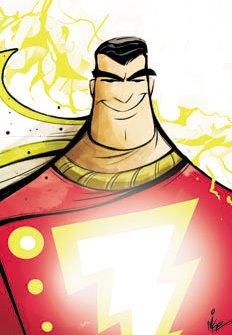 Superscribe Geoff Johns has reportedly been named as co-writer for a live action Shazam! movie according to THR. Johns, who has also been slated to write and produce a Flash movie, along with co-writer Billy Birch are said to be “starting fresh” with the Captain Marvel script, after a number of false starts recently.

No official word from Johns yet, or from DC on a potential release date, although 2011 was originally scheduled.

Jaenada cast as Cougar In “The Losers”

Spanish actor Oscar Jaenada has been cast as Cougar in The Losers, joining Jeffrey Dean Morgan as Clay, Zoe Saldana as Aisha and Chris Evans as Jensen (below). Warner Bros is set to release the movie, directed by Sylvain White, in 2011.

With District 9‘s release close, it’s worth take a look at Alive in Joburg the movie short by director Neill Blomkamp which made it all happen.

According to the blurb, an out-of-the-way diner becomes a battleground for the survival of the human race when God loses faith in mankind and sends his legion of angels to bring on the apocalypse. Humanity’s only hope lies with a group of strangers trapped in a desert diner … and the Archangel Michael. Coming January 2010.

Gogoraygun’s Blog
Create a free website or blog at WordPress.com.